There is a big problem, but I think we can solve it."

- Anyone who ever changed the world.

Fashion facts are not just for educating yourself, but also a great tool to score high in your next debate about fashion. As bad as the problems of the industry are it is even more important to be solution oriented and and also acknowledge our successes.

All sources are listed at the bottom of the page.

The vast majority of garment workers – approximately 80% – are women.¹ 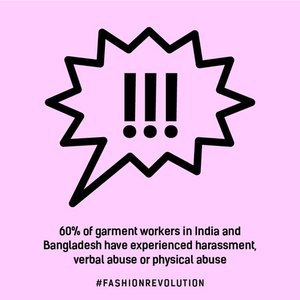 There are tens of millions of people in slavery today of which nearly 1 in 3 is a child. Researchers estimate 40 million are enslaved. 50% of slavery victims are in labor slavery, like manufacturing.³ ⁴

The world population is 7,5 billion, this means more than every 200th person is subject to slave labor. If we were to fill the Olympic Stadium in Berlin in proportion to this there would be 527 slaves in the crowd. ⁵

Worldwide every 6th working person is in the textile and clothing industry - if we also think of the cotton farmers and retail salesmen/women.⁶ 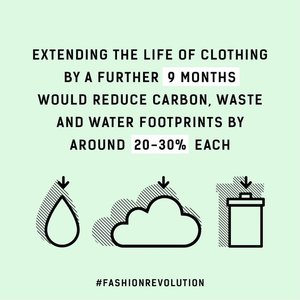 It takes an average of 7,000 litres of water to produce one pair of jeans. That's about the amount of water you drink over the course of 5-6 years.⁷

2 billion pairs of jeans are produced each year.¹⁷

20% of industrial water pollution comes from the treating and dyeing textiles.⁶

In China 80% of the groundwater from major river basins is “unsuitable for human contact”.⁸

More than 2.8 billion people in 48 countries will face water stress or conditions of scarcity by 2025. By the middle of this century, this will have reached almost 7 billion.²¹

Our Eco-friendly Alternatives to Dry Cleaning

Sustainability in the Time of COVID-19